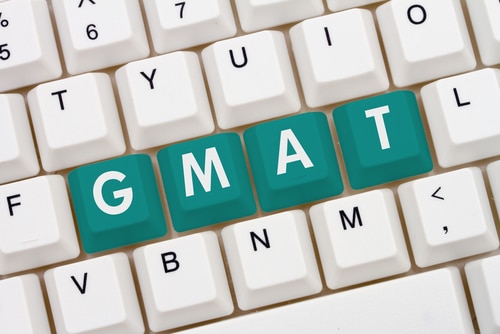 Many of you could be thinking what is the difference between GMAT and CAT right? Well, it is a vital question to ask. Once you know the difference then only you should choose one as per your future plans.
Well, Common Admission Test or CAT and Graduate Management Admission Test or GMAT is two of the vital and top most management entrance tests. You know the scores of these tests are recognized and appreciated by all the top B-schools. If you are wondering about GMATvs CAT, both the tests are high-status.
Difference
The simple difference between the two is that while CAT is that of just a national level entrance exam; GMAT is an international test, scores of these tests are acknowledged by business schools international. Conducted by Graduate Management Admission Council, GMAT scores are acceptable mainly in case of NRI/Foreign students in the country like India. However, a few of the top India institutes accept GMAT scores the native candidates too.
What is the difficulty level?
Both of the CAT and GMAT tests are believed to be tough nuts to crack. Every year more than two to three lakh students in India take CAT exam. About similar number of MBA candidates take the GMAT test as well. The candidates in India, who decide to pursue management studies in the upcoming years, can either pick both these tests or choose to appear for one of them, depending on the institutes they shortlist, Although both CAT and GMAT evaluate the candidate’s English Language and Quantitative capability and Logical Reasoning skills, the two tests are be nothing like each other in different aspects.
The Criteria of eligibility
GMAT: To appear in GMAT test, the candidate should have a Bachelor’s degree in any stream or equal from a well-known university. Final year Graduation applicants are even eligible to apply. There is no least cut off marks required to appear in GMAT.
CAT: To appear in CAT test, the applicant must have a Bachelor’s degree in any stream getting minimum of 50% marks or equivalent from a standard university. Final year Graduation applicants are also qualified to go for this test.
Regularity or Mode of Exam
GMAT: it is held throughout the year, the candidates can book a test slot for self from the announced calendar as per their convenience. The applicant can also re-take the test five times inside twelve months. A maximum of eight attempts are allowed to any candidate in his/her lifetime.
CAT:  this is a test that is held only once a year. CAT application procedure begins in August and the test takes place in the last week of November or even first week of December.
The pattern of exam
GMAT: the question paper has MCQs from Verbal Reasoning, Quantitative Reasoning, and Integrated Reasoning and an Analytical Writing Assessment. The candidates can pick the order wherein they want to answer each section.
CAT:  it takes place in online mode for three hours in two sessions on a specific scheduled date. The applicants are compulsory to follow the chronology of the question paper. Neither can contenders choose to answer the section of their preference, nor can they return to the questions left unfinished earlier. The CAT question paper is made up of MCQs and a few key-in answers type questions.
Conclusion
Thus, as you know about GMAT Vs CAT now, make sure that you make the right decision.