Skip to content
In our country, biryani is more than just another rice dish. Most of the Indian weddings are incomplete without biryani in their menu. Over the years, biryani has become more than a dish. For people it is an emotion, its love. There have been several fights over the dish as well. A few of them so serious where the bride wouldn’t marry the groom for making an issue with the biryani! These stories are absolutely true. 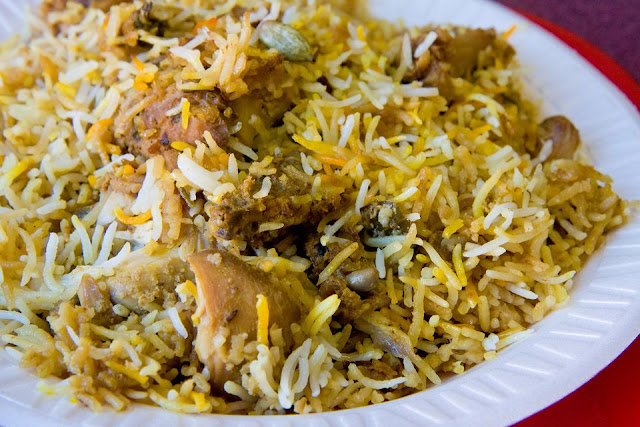 After years of fighting, the non-vegetarians have won the battle. So, my post today is dedicated to the different types of biryani. You could get chicken biryani recipe in Marathi, Bengali, Gujarati or any other regional language according to your convenience.
So, here goes the list: